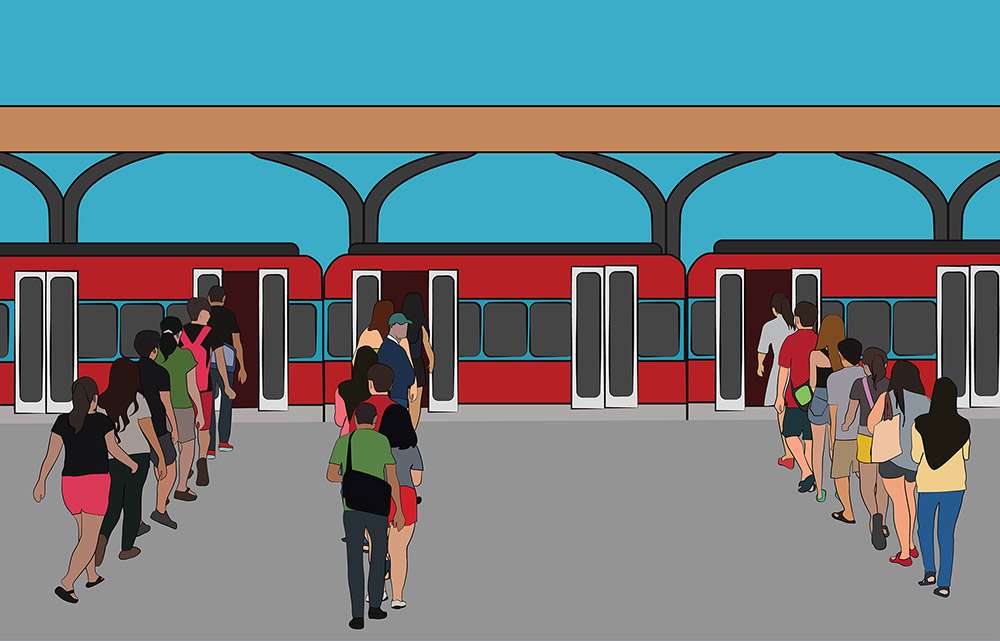 Let’s consider a simple programming challenge: Summing all elements in a large array.

As it turns out, this feat is not that easy to achieve. I’ll show you several ways to do this in parallel, how they improve or degrade performance and all the little details that affect performance one way or the other.

The straightforward solution is as simple as it gets, right? Just iterate over the array and sum all the items.

Now, let’s try to beat it with some parallelism.

First attempt at a Parallel Solution

The basic beating-it strategy is as follows:

Should be simple enough I guess. Here’s the code:

Note that you have to use a localThread variable to “save” the value of iThread at that point in time. Otherwise, it would be a captured variable that changes as the for loop advances.

Let’s use BenchmarkDotNet to compare the performance of the first parallel solution to the regular-iteration baseline (for 100,000 Items):

The measuring unit ‘us’ stands for microseconds. 1000 us = 1 millisecond

Well, that didn’t do so well. Seems like either the overhead of creating threads or more likely the locking overhead is really hurting performance.

Maybe this can be improved with some optimizations.

The first possible optimization we can do is change the locked with the Interlocked helper class. Consider the expression total += something. It both reads from total, adds items, and then writes back to total. These are 2 operations on the total variable. So with multiple threads, a different thread might do an operation on total during the read and write, corrupting the data. Interlocked.Add(ref total, something) guarantees that this will be a single atomic operation (in-depth explanation here).

Comparing it to the previous implementation with lock gives the following results (for 100,000 Items):

Wow, it actually got much worse when using Interlocked. It seems that the further I try to optimize the worst the performance gets. I should probably stop while I can.

Actually, the reason why this happens is quite sneaky. If you followed closely, you might have noticed that I’m running in a 32-bit process but using a long variable for the total sum. Since long is a 64-bit size variable, and the process is 32-bit, the Interlocked operation is very expensive. Let’s run the same benchmark in a 64-bit process:

In a 64-bit process, the Interlocked solution is more than twice as fast as the lock solution. And the regular-iteration performance time is now also reduced. It seems that when working with long variables the performance is much better with 64-bit processes. All the next benchmarks from now on will be with a 64-bit process.

So using Interlocked helped a bit, but the result is still far worse than using regular iterative approach.

If you wonder at this point about the volatile keyword, it actually doesn’t help. The issue is that we both read and write from different threads. volatile might work just for read or just for write operations. So by using volatile without an additional lock will give the wrong result. You can read more in Joseph Albahari’s explaination.

Before going any further, let’s try the fancy Parallel.For feature that was added as part of Task Parallel Library (TPL) in .NET 4.0. This is an optimized way to be able to run for loops on multiple threads. The code is:

Comparing it with the baseline and the previous interlocked implementation:

Note that Parallel.For doesn’t promise to run all the iterations in parallel. For example, if you were to set the number of parts to 100 and the PC only has 8 cores it’s impossible. It does optimize to run in parallel as much as possible. You can actually set the maximum number of “parallelism” with an additional configuration like this: Parallel.For(from, to, new ParallelOptions() {MaxDegreeOfParallelism = 4}, ...

Alright, so while the syntax is much nicer with Parallel.For, it seems to be just slightly more efficient than manually queuing thread-pool threads. And still far less efficient than just iterating over the array and summing up items.

The biggest suspect to hurt performance is the Interlocked.Add operation. Let’s just comment it out and see what changes. Instead of Interlocked.Add(ref total, arr[j]) I replaced it with one line that reads from the array x = arr[j]. Here are the results:

Alright, now we’re getting somewhere here. Without the Interlocked line of code, the parallel code runs almost 2 times faster with Parallel.For and the thread-pool strategy.

Let’s do some brainstorming. How can we sum the elements of an array without adding an Interlocked expression?

In the specific case of summing array elements, it can be easily done with per-thread locals. We’ll have a thread-sum for each thread and just add them up in the end. Parallel.For even has a helpful functionality for that. There’s an overload with a parameter called localFinally.

Now when running this against the simple regular-iteration sum:

Great success! We were able to minimize processing time by about 50%. Not as much as the number of cores, but still, mission successful.

There are still some questions unanswered. Why is the parallelism 2 times faster and not 8, like the number of my cores? What happens with bigger and smaller arrays? Does CPU memory cache play any role in this?

Maybe some more benchmarks will help us understand. Let’s try with a different amounts of items:

Before drawing any conclusions, let’s do another experiment. This time, instead of summing the elements as they are, we’ll change to string and then parse them back to int. This operation is much heavier and should take more time.

The results this time are:

As you can see, in this case, the parallel solution is as much as 3 times faster than the regular-iteration solution for 100,000 elements. And it starts being more effective for smaller arrays, with as much as 1000 elements.

I admit that instead of taking the direct route from the challenge to the , we kind of took the long, scenic route. But I wanted you to see some of the performance issues along the way. Here are some of my conclusions from this journey:

Another thing to consider is CPU Cache. It’s hard to measure how exactly it affects the performance, but it’s important to understand that caching happens under the hood without our control or knowledge and it’s more effective without parallelism. The fastest L1 cache is not shared between CPU cores. The mid-level L2 cache is usually shared between 2 CPU cores and only the slowest L3 cache is shared between all the cores. Note that even the “slow” L3 cache is much faster than RAM.

So the article is at an end and I still didn’t figure out why the optimization wasn’t more successful. I did learn a few things and I hope you did too. Feel free to share any insight in the comments section.