After three years and three months in Cellebrite, I decided to leave the company and pursue other challenges.

Cellebrite was a great place to work at with great people and I enjoyed my time there.
This post is a recap of my time in Cellebrite and why I eventually decided to leave.

I started a software developer in a team of 6, working on a large WPF application. After working in a startup company, I was impressed on how professional and orderly everything was. We had TFS work items, we had a build machine, we had an installer to create our Setup files, we had update distribute system. I was truly impressed. 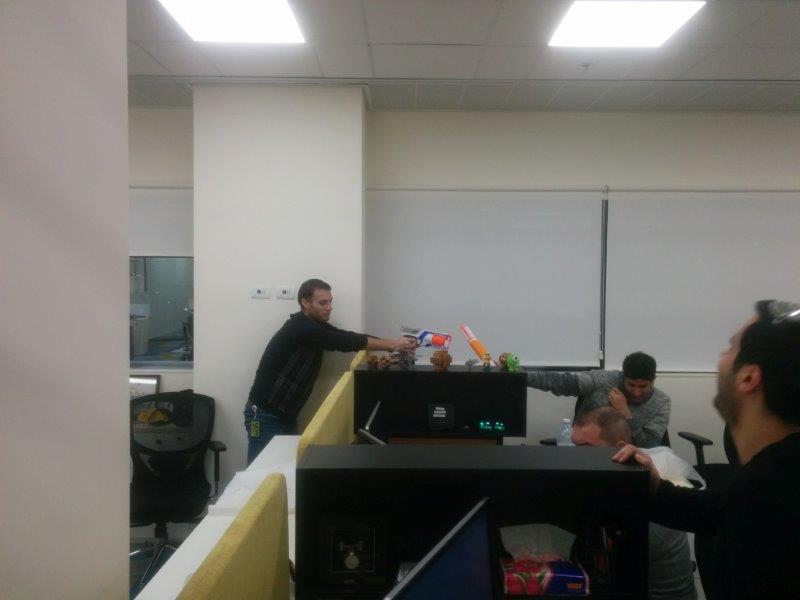 After 18 months, I got to know our system pretty well and was promoted to technological leader. This meant code reviews, design reviews, work item distribution and meetings. Lots and lots of meetings. My development time was abruptly cut in half. Besides that, my day slowly but surely became a series of context switching. Programming became very hard.

Suddenly, I realized I had much more influence on everything. And much more responsibility. These grew even more when I got a new manager and I became more of a technical authority.

Another new experience was being in charge. I wasn’t team leader, but I had to distribute work, correct developers` mistakes and work with managers from other teams. This part was much harder for me than programming. But, after a while, I got the hang of it and in the end I think I did a decent job.

After a while, I felt I have a decision to make. Either I’m going to be a manager, or I’m going to focus on technology. It was a hard decision.

Being manager can be a lot of fun. It partly comes from feeling significant and partly from being able to influence the organization. You get to learn a lot about how an organization works.

I heard somewhere that a company spends 61% of its time managing work, and only 39% of its time working. I don’t know if we had those numbers exactly, but I got to witness that statistic in action. This was pretty hard for me, since I’m very efficiency-oriented.

I ended up choosing technology. I think I will try management some day, but right now I still feel the pull of technology. I’m eager to learn new things, work on new projects and master everything.

Once I decided what I want, the decision to leave Cellebrite soon followed. I felt that after three years I wasn’t learning very much new.
Don’t get me wrong though, Cellebrite is a good place technology-wise and anyone can benefit from working there. I know I did.

Since I’m pursuing technology, I wanted to find a place where I can learn the most and work with the best.

I’ve had an interesting job hunt and I’ll publish a post on it I think. Interviews can be an interesting learning experience, especially after I interviewed so many candidates myself in Cellebrite.

In the end I think I found a place that fits me just right. I’ll be staying in the .NET world and working with extremely talented people. I’ll publish a post on my new place soon after I start working there.

Thank you and I’ll miss you…

I’ll miss my team the most – Yosi, Aleksey, Shlomi, Zamir, Elena, Yaniv and Nir. You guys are awesome and it was a pleasure working with you.

A special thanks to my former manager Maor, who taught me a great deal.

I won’t name everybody in Cellebrite who left a good impression, the list is very long. Enough to say this is an excellent place to work at, with great people.