8 Ways You can Cause Memory Leaks in .NET 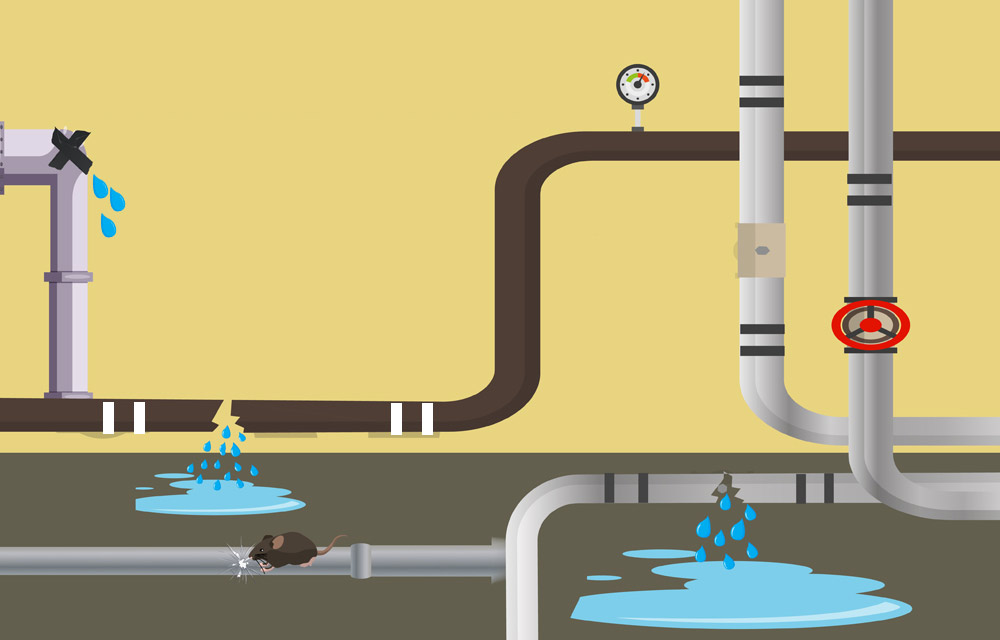 Memory leaks are sneakily bad creatures. It’s easy to ignore them for a very long time, while they slowly destroy the application. With memory leaks, your memory consumption grows, creating GC pressure and performance problems. Finally, the program will just crash on an out-of-memory exception.

In this article, we will go over the most common reasons for memory leaks in .NET programs. All examples are in C#, but they are relevant to other languages.

There are 2 related core causes for this. The first core cause is when you have objects that are still referenced but are effectually unused. Since they are referenced, the GC won’t collect them and they will remain forever, taking up memory. This can happen, for example, when you register to events but never unregister. Let’s call this a managed memory leak.

Events in .NET are notorious for causing memory leaks. The reason is simple: Once you subscribe to an event, that object holds a reference to your class. That is unless you subscribed with an anonymous method that didn’t capture a class member. Consider this example:

Assuming the wifiManager outlives MyClass, you have a memory leak on your hands. Any instance of MyClass is referenced by wifiManager and will never be allocated by the garbage collector.

Events are dangerous indeed and I wrote an entire article about it called 5 Techniques to avoid Memory Leaks by Events in C# .NET you should know.

So what can you do? There are several great pattern to prevent memory leaks from event in the mentioned article. Without going into detail, some of them are:

While it might be obvious that an event-handler method means an object is referenced, it’s less obvious that the same applies when a class member is captured in an anonymous method.

In this code, the member _id is captured in the anonymous method and as a result the instance is referenced as well. This means that while JobQueue exists and references that job delegate, it will also reference an instance of MyClass.

The solution can be quite simple – assigning a local variable:

By assigning the value to a local variable, nothing is captured and you’ve averted a potential memory leak.

Some developers I know consider using static variables as always a bad practice. While that’s a bit extreme, there’s a certain point to it when talking about memory leaks.

So what is considered as a GC Root?

This means that static variables and everything they reference will never be garbage collected. Here’s an example:

If, for whatever reason, you decide to write the above code, any instance of MyClass will forever stay in memory, causing a memory leak.

Do you want a deeper dive into solving memory leaks? How about the skills to solve tough memory-related problems and improving performance? My new book Practical Debugging for .NET Developers might help you. Check out this short sample from the chapter on memory issues.

Developers love caching. Why do an operation twice when you can do it once and save the result, right?

That’s true enough, but if you cache indefinitely, you will eventually run out of memory. Consider this example:

This piece of code might save some expensive trips to the database, but the price is cluttering your memory.

You can do several things to solve this:

WPF Bindings can actually cause memory leaks. The rule of thumb is to always bind to a DependencyObject or to a INotifyPropertyChanged object. When you fail to do so, WPF will create a strong reference to your binding source (meaning the ViewModel) from a static variable, causing a memory leak (explanation).

This View Model will stay in memory forever:

Whereas this View Model won’t cause a memory leak:

It actually doesn’t matter if you invoke PropertyChanged or not, the important thing is that the class derives from INotifyPropertyChanged. This tells the WPF infrastructure not to create a strong reference.

The memory leak occurs when the binding mode is OneWay or TwoWay. If the binding is OneTime or OneWayToSource, it’s not a problem.

Another WPF memory leak issue occurs when binding to a collection. If that collection doesn’t implement INotifyCollectionChanged, then you will have a memory leak. You can avoid the problem by using ObservableCollection which does implement that interface.

We already talked about how the GC works and about GC roots. I mentioned that the Live Stack is considered as a GC root. The Live Stack includes all local variables and members of the call stacks in the running threads.

If for whatever reason, you were to create an infinitely-running thread that does nothing and has references to objects, that would be a memory leak. One example of how this can easily happen is with a Timer. Consider this code:

If you don’t actually stop the timer, it will run in a separate thread, referencing an instance of MyClass, preventing it from being collected.

Up to now, we only talked about managed memory. That is, memory that’s managed by the garbage collector. Unmanaged memory is a whole different matter – Instead of just avoiding unnecessary references, you will need to de-allocate the memory explicitly.

In the above method, we’ve used the Marshal.AllocHGlobal, which allocates a buffer of unmanaged memory (documentation). Under the hood, AllocHGlobal calls the LocalAlloc function in Kernel32.dll. Without explicitly freeing the handle with Marshal.FreeHGlobal, that buffer memory will be considered as taken in the process`s memory heap, causing a memory leak.

To deal with such issues you can add a Dispose method that frees any unmanaged resources, like so:

8. Adding Dispose without Calling it

In the last example, we added the Dispose method to free any unmanaged resources. That’s great, but what happens when whoever used the class didn’t call Dispose?

One thing you can do is to use the using statement in C#:

This works on IDisposable classes and translates by the compiler to this:

This is very useful because even if an exception was thrown, Dispose will still be called.

Another thing you can do is utilize the Dispose Pattern. Here’s an example of how you would implement it:

The dispose-pattern is not bulletproof, however. If Dispose was never called and your class wasn’t garbage collected due to a managed memory leak, then the unmanaged resources will not be freed.

Knowing how memory leaks can occur is important, but only part of the whole picture. It’s also important to recognize there are memory leak problems in an existing application, find them, and fix them. You can read my article Find, Fix, and Avoid Memory Leaks in C# .NET: 8 Best Practices for more info on that.