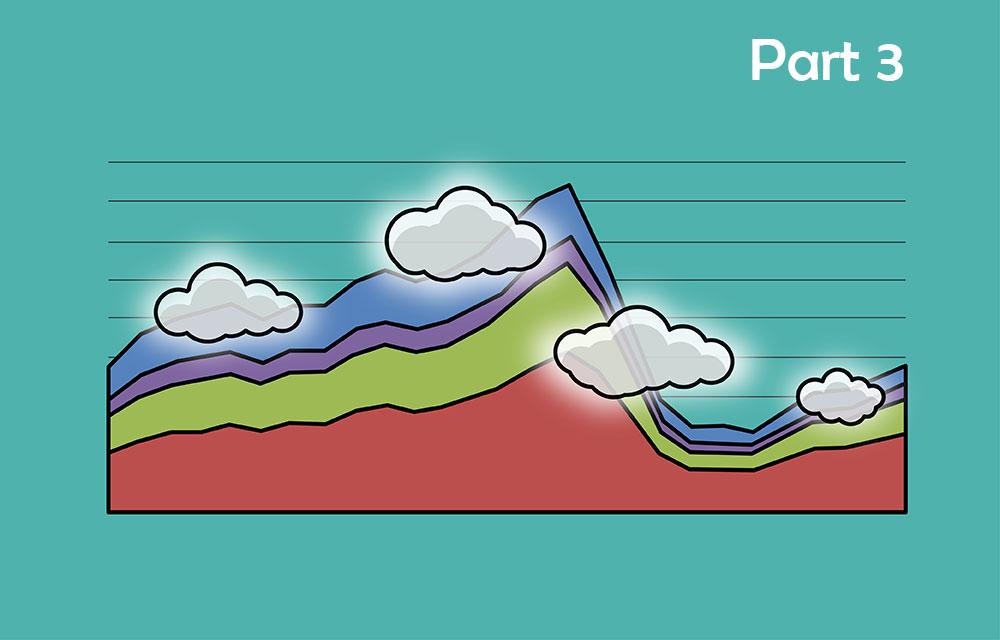 Memory and performance are tightly coupled to each other in .NET. If you don’t create a “garbage collector friendly” application, you’ll have performance problems. In extreme cases, those problem turn into memory pressure, also known as GC pressure. This situation occurs when the application spends too much time in garbage collection instead of executing application code.

In small, or even medium-sized applications, you might not notice this problem at all. You might have an ASP.NET server that processes requests in 100 milliseconds. Maybe that number could have been 20% faster, or even 50% faster, but it’s all the same when the response time is so small. Moreover, memory pressure issues usually manifest in high-load programs. So even if you potentially have big problems, if you have one request a minute, you won’t feel them at all.

The problems start in big applications and in scale. When your small server suddenly serves a million requests a day, every millisecond starts to matter. You might notice that 30% or 50% of execution time is spent in garbage collection. That’s serious memory pressure and it can cripple your application’s performance. 50% time in GC means you could have served close to twice as many requests.

In this article, you’ll understand what happens during memory pressure, find out how to detect it, see common causes for it, and discover how to use memory profilers to find the exact problem origin.

NOTE: Be careful of magic numbers like the ones I gave for a good % Time in GC value. Although I mentioned that under 20% is usually okay, this is very different according to the application type, its functionality, the CLR version, the operating system, the deployed machine, etc. The best policy is to strive for the lowest % Time in GC as possible and to monitor the normal GC pressure of your own application.

What Happens During GC Pressure

GC pressure usually occurs when there are a lot of allocations of objects that live up to generation 2. This forces frequent generation 2 collections, and since these collections are extremely costly, the percentage of time the process spends in garbage collection shoots up.

The way to prevent this is to have fewer allocations and/or to have the temporary objects be collected sooner (before reaching generation 2).

NOTE: There’s another scenario where you might see the % Time in GC counter rising to a high number, and that’s due to the memory getting close to its limit. The memory limit for a 32-bit process is 4GB (out of which 2GB is reserved for the system). A 64-bit process’s limit is 8TB in theory, but the practical limit is set by the machine and the OS. When the used memory is close to its limit, even small allocations can trigger generation 2 collections.

The reason the memory gets close to its limit is either functional or due to memory leaks. If your application legitimately requires so much memory, then you’ll need to redesign things to expect to have decent performance. The more likely reason is memory leaks, in which case the GC pressure will be resolved as soon as the leaks resolve.

When you detect a GC pressure issue, the next step is to find the root cause of the problem. The best way to do that is with a memory profiler. Here are the exact steps to investigate a GC pressure problem with dotMemory (although it’s similar in all memory profilers).

Tip: Analyzing memory traffic (allocations and deallocations) as explained above is usually the best way to find the GC pressure root cause. But there are a few alternative techniques.

What to Do Once The Root Cause is Found?

Now that you found the allocations that are causing the most memory pressure, there are two ways to relieve the pressure. Either have fewer allocations or have those objects collected sooner (before reaching generation 2).

The solutions are usually individual to each use case, but there are some common techniques to alleviate GC pressure. They involve these concepts:

To read more about those techniques, check out my article: 8 Techniques to Avoid GC Pressure and Improve Performance in C# .NET.

This article concludes my memory profiler series. Here’s a small recap of everything learned:

Memory profilers are extremely useful, but they aren’t the only category of tools for .NET troubleshooting. We also have various debuggers, decompilers, performance profilers, and many others. If you’re interested in the subject, I suggest starting with my article on performance counters. I’m going to start another series about performance profilers, so subscribe to new blog posts and be the first to be notified. Cheers.