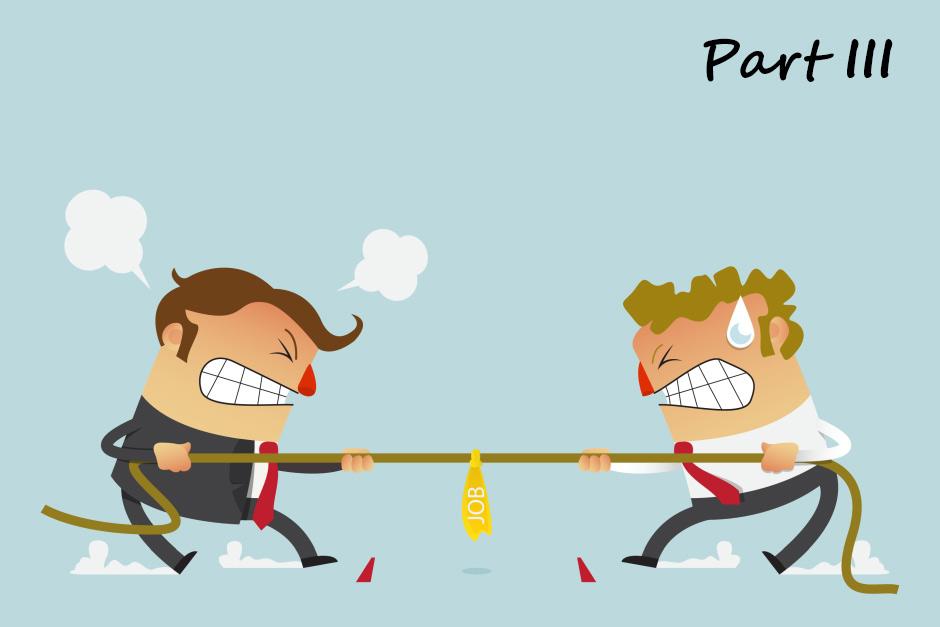 If you’ve stumbled on this post in an attempt to debug deadlocks, you’re in the right place. But I suggest first reading Part 1 and Part 2. You will see common deadlock causes, techniques to debug them and the ways to solve them. But, reading this part as a standalone bit is perfectly fine as well.

Tracepoints are one of my favorite debugging technique for multi-threaded scenarios. They allow you to set breakpoints that don’t stop the execution. Instead, they print a message to the Output Window. This is extremely useful since printing those in the order they came in, helps to understand the scenario much better.

To create a Tracepoint with Visual Studio, do the following:

Here’s me debugging the Nested-Lock deadlock from Part 1 (fast-forward on the boring parts).

In a small program, it works fine enough, but in a bigger problem the Output Window is clattered and your debugging experience is not as great. OzCode Visual Studio extension offers a much better Tracepoint experience. Here’s the same scenario using OzCode:

Full Disclosure: I am currently an OzCode employee. This is my personal blog though and it’s my own professional recommendation.

WinDbg is a hardcore command-line debugging tool for Windows. It’s hardcore because it’s both very powerful and difficult. Modern .NET tools like Visual Studio’s debugger and various profilers are infinitely easier to get started with and use than WinDbg. However, in some cases, you are stuck with WinDbg. And sometimes, it just offers better functionality.

WinDbg can be used for native C++ programs or for managed .NET programs with the SOS debugging extension. I’ll show you how to use WinDbg to debug the Nested-Lock deadlock from Part 1. We’ll use an additional extension called SOSEX, which allows to automatically find deadlocks.

Here are the steps to take to debug with WinDbg:

1. Create a memory dump of your hanged program

A memory dump is a “snapshot” of the current program memory. With the Dump and Symbols (.pdb files), you can get a full debug experience in Visual Studio or WinDbg, even on a different machine. There are several ways to create a Dump. I used Windows ProcDump command line tool with the command procdump.exe -ma [Process ID]. This will create a full memory Dump (.dmp file), which is required to debug a .NET application.

You can install WinDbg with Debugging Tools for Windows. You might already have it though – look for the windbg.exe file on your PC.

Download the SOSEX extension from here, extract the content and place it in the same folder as windbg.exe. (There are 2 versions – for x86 and x64)

4. Load your Dump in WinDbg

I suggest following this guide that shows this process with nice screenshots. Or following my instructions, which are virtually the same:

The first time you do this, MS symbols will load to your cache folder, which can take a while (15 minutes maybe).

Now that your Dump is loaded, you can experiment with some of WinDbg’s command. Interesting commands are:

So back to our scenario. As you remember, I created a dump from the Nested-Lock deadlock code, which was this:

Now let’s debug this in WinDbg. First, we can call !threads to get the first impression of the managed Threads at the moment this Dump was created:

On the left side, you can see each thread has 2 IDs. The leftmost is the native ID, and the rightmost is the managed ID (CLR Thread ID).
We can see that 2 Threads have Lock Count of 1, which is suspicious. Now let’s use the magic command !dlk to find the deadlock

0x3 and 0x4 are the managed thread ID. If you look in the !threads output in the first screenshot, we can find the relevant native thread ID, which 8 and 9. Now you can use ~8s to change Threads. And !clrstack to print the managed call stack:

And the same for the other Thread:

There you go – confirmation a deadlock exists and the call stacks of the deadlocked Threads.

Don’t know about you, but using a command-line debugger makes me feel smart.

Don’t be fooled by the easy example though. WinDbg is hard. The initial step of matching the Symbols, matching the correct bitness (x86, x64) and loading the correct DAC (mscordacwks.dll) can be a pain. Then, the debugging process is hard by itself. Every single thing requires several commands, and the textual data is much harder to understand than an IDE debugger.

Note that doesn’t find all deadlocks, just the ones who are held by a Lock. And not all locks at that, just SyncLock (with the lock statement or Monitor.Enter) and ReaderWriterLock. More info on SOSEX and the ! command here.

Use Performance tracing to detect deadlocks

Another possible way to easily get an overview of a deadlock is to record a snapshot with a performance profiler like dotTrace. On a deadlock, Threads get “stuck” on a statement, like when trying to acquire a lock.

Recording a performance trace (snapshot) allows you to see all the function calls. So just by looking at the calls that took the longest time, you can usually easily detect the stuck Threads. And from there, see the calling stack and understand the scenario.

Here’s a snapshot example we encountered in OzCode:

As you can see, a lot of the methods took 40 seconds. Other methods are a multiplication of that time, which means they might be in the call stack of several of the deadlocked Threads, or waiting for them to finish for some reason.

This is it, my Deadlocks-in-Depth series is finished. I’ll probably remember this fondly in 10 years or so.

We saw a whole bunch of deadlocks, a lot of ways to solve them and several techniques to debug them. Here’s a recap of the debugging techniques for deadlocks:

This is a pretty complicated subject and there was a lot to cover. But, on the way, I learned much more (and hopefully you did too!) about locks, async/await mechanism, Synchronization Context, the UI Dispatcher and even WinDbg.

I probably missed some important tips, so if you have anything to add, please leave a comment.

Check out my other articles on C#, some of them are halfway decent. And if you’re interested in updates on new ones, please subscribe to the blog.