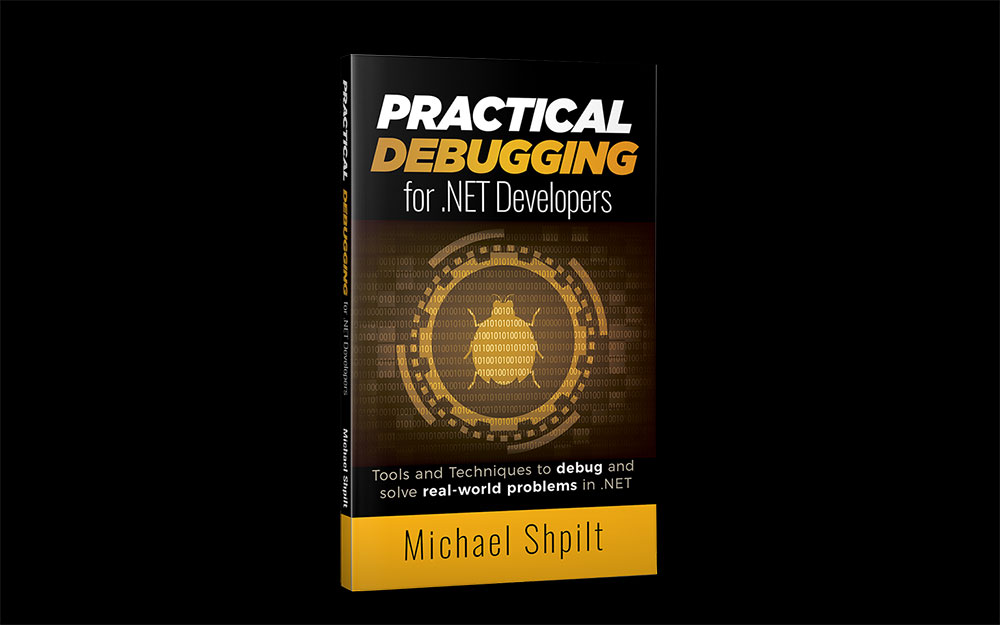 For almost a year now, I’ve been writing a book about debugging and problem-solving in .NET. I’m pretty upset at whoever said writing a book is just like writing a series of blog posts. That was way more work than I signed up for. But it’s over now and my book Practical Debugging for .NET Developers is available.

This book is all about solving bugs. I daresay say that the ability to solve difficult problems is what differentiates great engineers from good engineers. This ability can and should be taught. You can get very good at this by using the right tools, knowing what to look for, and having a deep understanding of both your own domain and the .NET ecosystem.

This book covers many kinds of bugs and problems. A bug might be some incorrect behavior where you’ll place breakpoints in Visual Studio and inspect variables. But it might also be a performance issue, a memory leaks, a crash, a hang, or an issue in production. To solve these kinds of problems, there’s an arsenal of tools at your disposal. These include performance counters, ETW events, dump files, memory profilers, performance profilers, debuggers like Visual Studio, and many others. You’ll see that these tools are not that difficult to use and can be extremely effective to solve problems.

Here are some of the things covered:

The book is accompanied by 24 video lessons that demonstrate how to solve various issues. Like how to use memory profilers to detect memory leaks or how to use dnSpy to debug third-party code. Some things are just better explained in a video.

To learn more and to get a sample chapter, go to https://practicaldebugging.net.

If you want to purchase the book, I’ve got awesome book-launch discounts for this week only:

Thanks for your support and happy debugging!